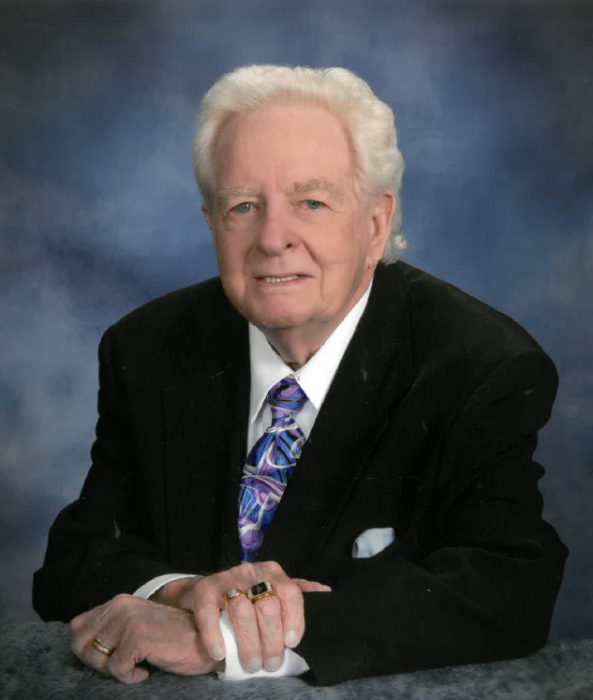 Willard A. "Bill" Hoffman Jr., passed on  Monday March 4th, he was 85.  He is the devoted husband of the late Ruby A. Hoffman.  Loving father of Charlene Hoffman and the late Cheryl Simpson-Hoffman.  Dear grandfather of Caleb Carnes and the late Anthony "Tony" and Cody Simpson.  Cherished brother of Barb & Jim Phillipps and the brother in law of the Harold & Judy Gadd and Phyllis Mayberry.

Bill was passionate about his music.  As lifelong member of the Westwood First Presbyterian Church, he was able to show his devotion through more than 40 years in the Chancel Choir.  Being an avid trumpet player, he loved playing for the congregation on special performances.  He would "sit-in" with his jazz friends in the many venues around town.

In his younger years he was an active part of the ET Carson Masonic Lodge.  He served his country in the United States Army.  Bill was the trumpeter for morning revelry and taps daily when on base.

Family and friends are invited to a Visitation on Saturday March 9th from 11 am until time of Funeral Service at 1 pm, all at the Westwood First Presbyterian Church 3011 Harrison Ave, Cincinnati, OH 45211.

If desired, memorial donations may be given to The Willis Beckett Fund c/o Westwood First Presbyterian Church.

To order memorial trees or send flowers to the family in memory of Willard A. Hoffman Jr., please visit our flower store.