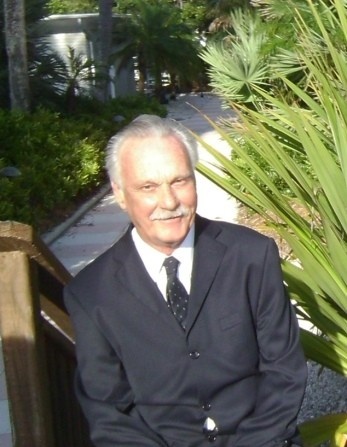 On Wednesday July 22, 2020 Wayne “Butch” Scheer brother and father of three children passed away at the age of 79.

Wayne was born on July 20, 1941 in Cincinnati OH to Albert and Ruth (Ulm) Scheer and he was a graduate of Western Hills Highschool. Wayne spent most of his working life as a pressman for several printing companies in the Cincinnati area and retired from the printing industry in 1993 only to pursue his true passion as an employee of the Hamilton County Park District. As a park district employee Wayne was devoted to the restoration, expansion and maintenance of Fernbank Park along the Ohio River on Cincinnati’s west side. From 1964 to 1968 Wayne was married to Diane Forseilles and raised one daughter, Dawn. Wayne was married again from 1972 until 1996 to Patricia Eileen Murphy and raised one son and second daughter, Eric and Jennifer.

Wayne was happiest when he was outdoors. He loved canoeing, kayaking and hiking. Wayne could fix anything mechanical and inherited a skill for woodworking from his carpenter father Albert Scheer. Crossword puzzles were also a passion for Wayne and he was never without a stack of mostly completed puzzle books by his side. Wayne was an animal lover and avid gardener who was born with a green thumb. Wayne could grow anything and maintained a bountiful garden in his yard for much of his life.

Wayne was preceded in death by his father, Albert Scheer, his mother Ruth, and his sister Marilyn Rhein. He is survived by his first wife Diane Scheer, his three children, Dawn Vater (Robert), Eric Scheer (Shelley) and Jennifer Donovan (Brendan) and also by his sister Nancy Renner.

A visitation will be held on Tuesday, August 11th from 6pm to 8pm at Dalbert, Woodruff and Isenogle Funeral Home followed by a burial on Wednesday, August 12th at 9am at Spring Grove Cemetery. In lieu of flowers the family asks that those interested in memorializing Wayne donate to the Hamilton County Parks District via https://greatparksforever.org/give/ or simply spend a few hours outside enjoying the beauty of a natural setting.

All guests are required to wear a mask and should be prepared to wait outside if the need arises, per local Covid-19 restrictions.

To order memorial trees or send flowers to the family in memory of Wayne "Butch" Scheer, please visit our flower store.