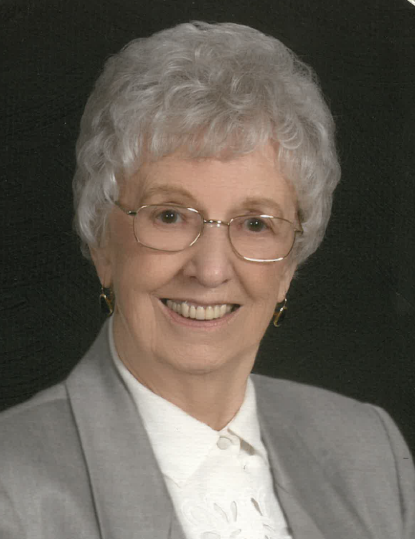 Born January 17, 1930, she was the daughter of Harry and Dorothy Leppert (nee Eickhoff). She married William H. Schneider on April 21, 1951 and he preceded her in death. They were married 44 years.

Shirley retired from the Oak Hills Local School District in 1992. She started with the district in 1974 as a payroll clerk, became Asst. Treasurer in 1977 and Treasurer in 1979. She was an active member of the St. Peter and St. Paul United Church of Christ for over 50 years serving on councils and as the church Treasurer and Christian Education Director. When her daughters were young, Shirley served as a Girl Scout Leader and volunteer for many years. In retirement, Shirley was also a volunteer at Mercy Health Hospital and the Cincinnati Zoo. Shirley loved to travel and in retirement went on numerous trips abroad. She was proud to say she had been to all seven continents at least once.

A Celebration of Life will be held at the St. Peter & St. Paul United Church of Christ on Queen City Ave. on Sunday February 23, 2020. The family will receive visitors in the Fellowship Hall beginning at 2 PM, with a Memorial Service in the sanctuary at 3 PM.

The family asks that, in lieu of flowers, friends consider memorial donations to the Cure Alzheimer Fund, the St. Peter & St. Paul UCC music fund or the charity of their choice.

Family and friends may express condolences and make contributions by clicking the links below.

To order memorial trees or send flowers to the family in memory of Shirley Marcella Schneider, please visit our flower store.