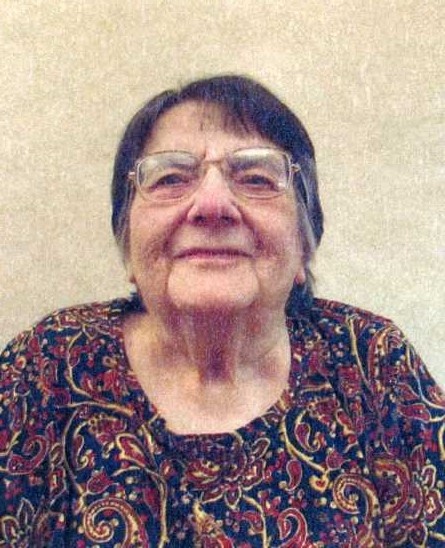 Shirley E., “Aunt Shirley”. Aged 90 yrs. Died on Sunday, December 20, 2015. She was born on September 24, 1925 to the late Bertha (nee Franke) and Alexander F. Meng, Sr.  Dear sister of Alexander F. Meng, Jr. (deceased) and sister-in-law of Esther T. (nee Balastra) Meng. Alex and Esther and their three children, Johanna, Alex and Caroline were her family. She also provided care for a second generation of her family, for Alex’s daughter, Ashley Meng (Phoenix, AZ) and Caroline’s son, Kyle Meng (Cincinnati, OH).  From a long distance chose books to send to great-great nieces Rachael and Baeleigh Boldra of Phoenix, AZ. Nieces, Johanna Meng and Caroline Meng live in Cincinnati. Nephew, Alex Meng with his wife Bev and daughters, Katelyn and Alexis reside in Louisville, Ky. Shirley a life-long Cincinnatian grew up in Mohawk. Her working life was spent in computer operations at Blue Cross/Blue Shield. During retirement traveled with cousin, Doris Peters (deceased) of Phoenix, Arizona.  Shirley loved many types of books and music (classical & musicals). As a part of her nieces/nephew childhoods “Aunt Shirley” watched Saturday morning cartoons, science fiction and sang many good old standards on many family car rides and vacations. Visitation will be held on Monday, December 28, 2015 from 5 PM to 8 PM at Dalbert, Woodruff & Isenogle Funeral Home 2880 Boudinot Avenue, Westwood.  On Tuesday morning at the funeral home there will a visitation from 9:30 AM to the time of the funeral service at 10:30 AM. In lieu of flowers, the family requests that you bring a gently used book(s) or make a monetary donation to the Friends of the Public Library of Cincinnati and Hamilton County. www.dwifuneralhome.com