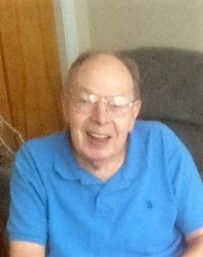 Russell was employed for 35 years at the Cincinnati Gas and Electric Company as a meter reader. He served in the U.S. Army during WW II. Russell was a member of the E.T. Carson Lodge for over 60 years.

Visitation at the Llanfair Retirement Community Chapel in College Hill on Monday, January 25, 2016 at 10:00am until time of F&AM Carson Lodge at 10:45 am, followed by funeral service at 11:00am. Burial at Arlington Memorial Gardens.