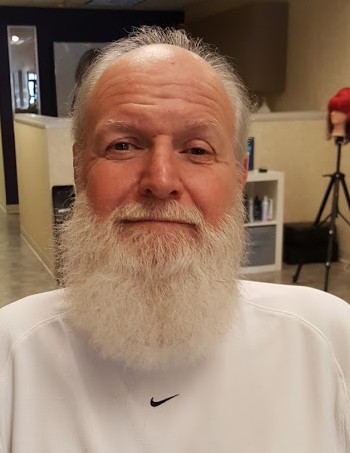 Robert Kevin Kehrt, “Bob”, was born to Richard V. Kehrt and Rita A. (Meyung) Kehrt, born on July 18, 1954 in Cincinnati, Ohio. Bob was 65 years old at the time of his death on Saturday, November 23, 2019. Bob had been suffering from Alzheimer’s Disease, diagnosed in December 2018. Bob was the first of three children, sister Susan Ann (Kehrt) Murphy and George Anderson Kehrt ll. Bob was named in honor of his maternal grandfather, Robert Armand Meyung.

Bob was an avid OSU football fan. He also enjoyed music, having had a large collection of albums. He was also a cat lover having owned several over the years. He was employed by the IRS for 24 years and earned several awards. He was credited for tackling a would be purse snatcher at a work conference.

Bob is preceded in death by his father, Richard V Kehrt and mother, Rita A (Meyung) Kehrt and will be laid to rest in the niche above them in Sarasota, FL.

He is survived by his children Brian Kehrt, Josh (Jenna) Kehrt and grandchildren Landon and Colin Kehrt. Also survived by his siblings Sue (Randy) Murphy and George (Cindy) Kehrt along with their children, Lauren Murphy, Brittany Kehrt, Katie (Tony) Frantz and great nephew Jace Frantz. Survived by an Aunt and an Uncle on the Meyung side along with 21 cousins.

Donations may be made to Cincinnati Hospice or The Salvation Amy.