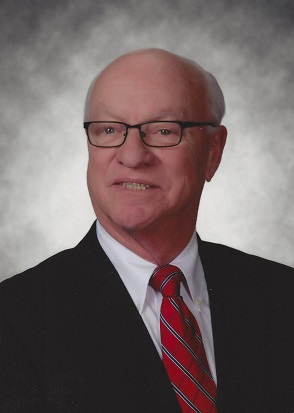 Richard Scott (Dick) Davis, age 69, of Tipp City, Ohio, passed away on Wednesday, May 17, 2017 at The Ohio State University James Cancer Center.  Dick was born in Dayton, Ohio on November 18, 1947 to Lt. Colonel Giles J. and Katherine V. (Sidwell) Davis. He was the second of their four children, The Honorable Judge G. Jack Davis (deceased), Katherine V. ( Michael) Davisson and Thomas J. (Joe) Davis of Tipp City.  Dick grew up active in his school and community.  Always interested in science, in 1965 he displayed his high school science project at the Ohio State Fair.  He had successfully split a cat's brain.  No one can remember the theory for the operation, but "Baldy" lived to be about 14 years old!  Dick lived for Buckeyes football. On Saturdays, one could hear the Ohio State Fight Song blaring from his backyard speakers, and Script Ohio could be seen in the yard on a snowy Saturday. Fact is, Dick passed while facing out at the night-lit Horseshoe . An avid boater, Dick was an Ohio River Rat out of Eagle Creek Marina, Ripley, Ohio since 1983.

A 1966 graduate of Tippecanoe, he earned his BS from The Ohio State University in 1970, where he was a member of Sigma Chi Fraternity.  He then earned his Juris Doctorate from Ohio Northern Pettit School of Law in 1974.  He was admitted to the Ohio Bar in 1974.

His family will receive visitors at Zion Lutheran Church Community Room, 14 West Walnut St., Tipp City on May 26 from 12-2:45 PM.  A Masonic Service will be held at 2:45 PM followed by a Celebration of Life in the church sanctuary at 3:00 PM.  Visitors will be given the opportunity to make comments about their interactions with Dick.

In lieu of flowers, the family requests donations be made to the Tipp Pride Committee, ( a 501C3 nonprofit organization) raising funds for the Tipp Stadium.  PO Box 261, Tipp City, Ohio or at their website TippPride.com.