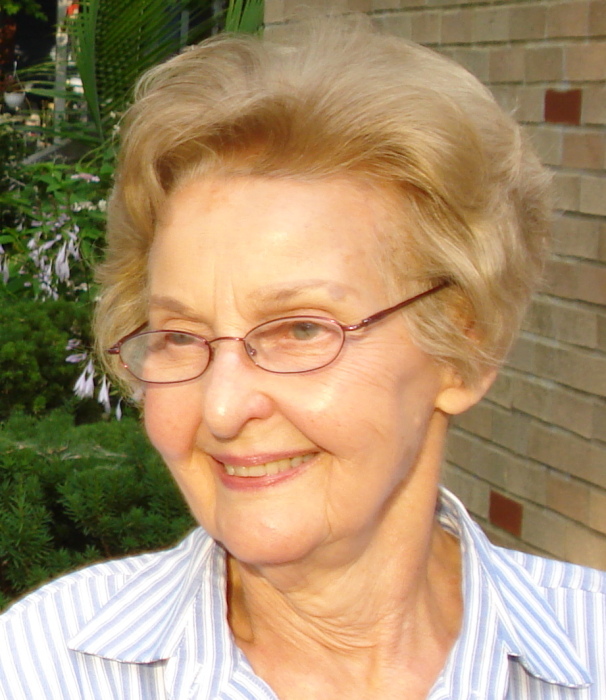 Mary Ann “Spud” Luecke of Cincinnati, devoted wife, mother and neighbor, died Wednesday, Jan. 13. She was 98 and had lived most of her life in Western Hills. Since 2017, she was a resident of Artis Senior Living on Bridgetown Road.

Mrs. Luecke was born on Montana Avenue in Westwood, the daughter of the late Helen and Herman Van Guelpen. She was known to most friends and family as “Spud,” a nickname given to her by her father when she was young.  She attended Western Hills High School, where she was co-editor of the Western Breeze and was chosen to attend a summer training institute for young journalists at Northwestern University in Evanston, Ill.

Mrs. Luecke earned a bachelor’s degree in business from Miami University in 1944. She worked as a buyer at Pogue’s and maintained a lifelong fascination with marketing. While at Miami, she met John D. Luecke Jr., whom she married in 1946 after he returned from serving in World War II.  The two had been married 67 years when he died in 2014.  They lived for 50 years on Dickinson Road in Green Township.

Mrs. Luecke is also survived by two sisters-in-law, Marjorie (Luecke) Fuldner, widow of Herbert Fuldner, and Charlotte Scholl, widow of Dutch Scholl and Robert Luecke. Both live in Fort Thomas. She was preceded in death by her brother Robert, who lived in Santa Rosa, Calif.  She also leaves five nieces and nephews.

Mrs. Luecke was devoted to her family, neighbors, church, city and alma mater. She loved music of all kinds, played piano, and sang alto in high school and church choirs.  One of her fondest memories was attending with her husband the original production of “My Fair Lady” on Broadway in the 1950s. They were season subscribers to the Cincinnati Pops Orchestra and regulars at Cincinnati Reds and Miami University football games. Yet she loved few things more than spending a day at the Cincinnati Zoo with her children, grandchildren or neighborhood children.

While her children were young, Spud was active in PTAs, the Child Conservation League and Pilgrim United Church of Christ. She and John later became members of Philippus UCC and then St. Peter and St. Paul UCC.

Spud was a gifted seamstress and talented writer and maintained a keen sense of humor all her life. Her letters were memorable for their bad typing and snappy quips. She could organize a dinner party or block party without batting an eye, and baked dozens of Christmas cookies to share with all.

The family thanks the staff and care partners of Artis and Queen City Hospice, who treated Spud with kindness and respect and handled so well the challenges of eldercare during a pandemic.

To watch recording of Private Service, click link below.

Dalbert, Woodruff and Isenogle Funeral Home is handling arrangements. A celebration of Spud’s life will be held at a future date.