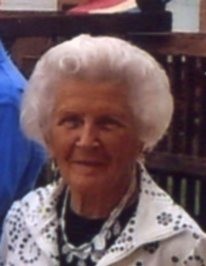 "My Life" written by Marie Rogers

I was born in Hendricks County, Indiana October 25, 1921 to Raleigh and Opal Ward on a farm south of Indianapolis. My brother, Dean, was two years old. My dad was not a farmer; he was a veteran and worked for the government as a meat inspector. We had a cow, chickens, sheep, and hogs. We also had a large garden so during The Great Depression of the 1930’s we were not affected, as we were self-sufficient.

I had a fox terrier dog, named Tippie, and a black lamb that were my “toys”. I belonged to 4-H Club for several years; where I learned to sew, cook, and worked on several projects. I took piano lessons (to no avail) and was in Girl Scouts.

After graduating from Clayton Indiana High School in 1939, I went to Central Normal College in Danville, Indiana for a pre-med year before entering Methodist Hospital School of Nursing in Indianapolis, Indiana. The discipline and rules were grueling, but I graduated in 1943.

I married my high school sweetheart – Carl Rogers, in Pasadena, California. He was on desert maneuvers there in June of 1943, (during the Second World War). We were in Columbus, Georgia for three months before he was sent to The European Theatre for two years. I received a letter from him every day. He returned home in August of 1945. I did school nursing for five schools and also worked at Allisons as a medical assistant for the 11am-1am shift, so I didn’t have much time to fret!

I’m so very thankful I’m in a wonderful retirement village, MCV, it’s the best! The staff and residents are all so friendly, helpful, and kind.

I’m so blessed to have a son, wonderful daughter-in-law, 5 grandchildren, and 9 great-grandchildren. I count my blessings every day.

To order memorial trees or send flowers to the family in memory of Marie W. Rogers, please visit our flower store.