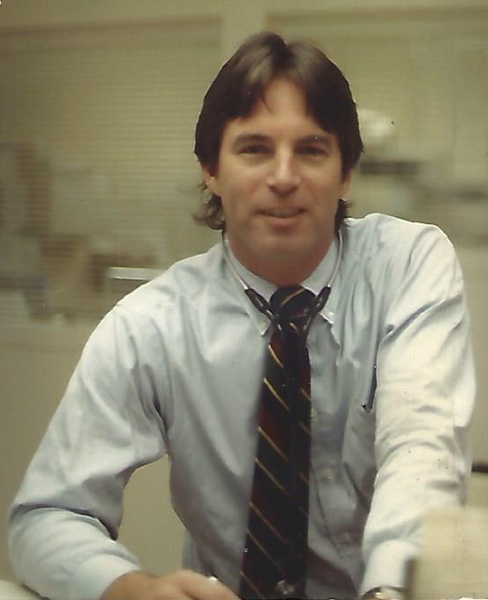 Kenneth Joseph Boniface Jr. was born in Charleston, SC to Kenneth Sr. and May Morris Boniface.  He was raised to be a southern gentleman in a family that included five sisters and one brother. From his mother, Ken inherited a loving, fun-loving, and generous spirit. From his father, he inherited a vocation for medicine and a dedication to patient comfort and care. Ken participated in all sports at the playground level and was named the most promising Junior tennis prospect in the city. At Bishop England High School, he was a key member of the basketball and tennis teams and excelled academically.  He attended Spring Hill College and was a member of the tennis, golf and football teams.

Upon graduation from the Medical University of South Carolina, he trained in Seattle and Chicago for certification in the burgeoning specialty of Emergency Medicine.  During this period, he married Liz LeSesne who gave Ken his daughters, Sarah and Harley. Sarah would marry Joe Turner and present Ken with two grandsons, William and Wyatt, of whom he is incredibly proud.

Ken accepted a short term position in Cincinnati in 1981 and ended up making it his home.  The majority of his career was spent as the Emergency Room Director at St Francis-St George Hospital in Western Hills where he was very proud of the level of care provided by the team.  As a senior member of the QUESI group, he was a pioneer in Emergency Medicine and recruited many young doctors to Cincinnati, mentoring them in the Emergency Medicine specialty. Physicians, co-workers, students and patients held Ken in the highest regard for his medical acumen and dedication to relieving pain and suffering.  His “gut feelings” led to diagnoses that were life changing for many family, friends and patients.

Outside of the E.R., Ken was a lifelong Reds fan and dedicated DreamWeek participant. He enjoyed playing baseball and tennis, as well as multiple rounds of golf at his beloved Hyde Park Golf Club. He also proudly wore his hat as Chief of Medicine for the Cheviot firehouse.

In 2012 Ken re-married and along with his beautiful wife, Geri, he gained two sons, Nick and Mike Amrhein.  Nick’s wife, Jen, and their sons, Pierce and Chase, rounded out his family and gave him two more grandsons that continually made him extremely proud. He took delight in listening to little boys tell their stories and found so much joy in everyday life with children. Ken loved all of his family dearly and was always available to provide advice and assistance. He was a proud uncle and great-uncle and was much loved by a large number of cousins and extended family.

The large group of friends that Ken made during his lifetime was as diverse as his interests, but shared the common characteristic of being folks with kind hearts.  He cherished his friends and family as much as we cherished his wonderful smile that made us all feel so special.

Ken lived the last 7+ years of his life with Stage 4 cancer. Characteristically, he managed to squeeze a lot of living into this time. In addition to the outstanding care he received from his oncologist Dr. Phil Leming and Nurse Practitioner Jill Hunt, he attributed his extended battle to the love, prayers, and encouragement he got from his friends and family, especially his email support group of Prattlers. He passed peacefully and now looks down upon us all from above.  Heaven’s gain is our loss, and we feel it greatly. Ken would want us not to mourn his death, but to take joy in his life. We can all find solace knowing that our lives are richer for having known and loved him.

To order memorial trees or send flowers to the family in memory of Kenneth "Ken" J. Boniface Jr., please visit our flower store.