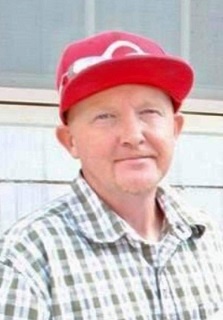 Kelly P. Jones, 47 unexpectedly passed from this life on February 14, 2021. He was the son of the late Ronald Jones Sr. and Linda (Addis) Jones.  Proud father of Jon Smith, Jordan Jones, Salina Jones and Justin Jones.  Grandfather of Ava and Cyidniey Jr. & loyal brother of Ronald “Charlie” Jones Jr., Linda “Michelle” Redmond and Pamela Jones.  He will also be loved and missed by many special nieces, nephews cousins and friends.

I would be impossible to measure how much Kelly loved his kids and how big a part of his life they were. They were his whole world and if it wasn’t for them, he wouldn’t have been here this long. He was a very involved father growing up.   He loved coaching their baseball teams, even though he rarely made it for the entire game, because he had no problem cussing the umpire out if he thought they made the wrong call. He would get ejected, but he never went far. He would go exactly 500 feet away and watch from a distance so the Umpire couldn’t do anything, because he was technically the minimum legal distance away!

He loved his parents and maintained a close relationship with both of them. He lived with his mother after his father passed and took care of her, right up to morning that he discovered that she had passed. He loved going camping, fishing or canoeing with the kids, especially when they were younger.  He never told the kids “No”.  Whatever they wanted, he would make sure they got it. He loved the color red and always wore it, so naturally the Cincinnati Reds were his favorite team. He loved the Nike brand Jordan. As the kids were growing up, he made sure they had Jordans, just like he did. He was talented painter, working in the union, or picking up a side job. Kelly treated everyone like family and those that knew him thought of him as a cousin, uncle, brother, nephew and grandson and friend.

Family and friends are invited to a visitation Saturday February 20th from 10 am until time of funeral service at 11 am, all at Dalbert Woodruff and Isenogle Funeral Home 2880 Boudinot Avenue 45238. He will be laid to rest beside his parents at Saint Joseph New Cemetery.  The family would appreciate if you would consider donating to the account they have set up to help offset funeral expenses, by clicking the DONATIONS tab above.

To order memorial trees or send flowers to the family in memory of Kelly Paul Jones, please visit our flower store.