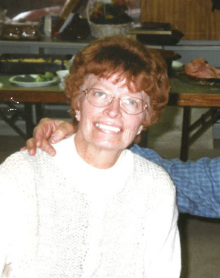 Judith Dickhaus (nee Bellis), 83, of Delhi Township, OH passed away peacefully on Thursday, June 4, 2020 at the Hillebrand Nursing & Rehabilitation Center.  Judith is preceded in death by her parents, Harvey and Ruth (Bruns) Bellis, and brother-in-law Lawrence H. Dickhaus.  She was a devoted wife for 62 years to the late Carl E. Dickhaus. Loving sister-in-law of Walter F. (Sharon) Dickhaus, Dorothy A. (Robert) Lierman, and Lorain M. (David) Buchman. Exceptional aunt too many nieces and nephews.

Judith was a devoted member of St. Dominic Parish, accomplished gardener, active participant in the Queen City Dog Club, American Kennel Club and Kuliga Dog Club, where she was awarded numerous trophies and awards . Judy was a well-known dog trainer in the Greater Cincinnati area, trained and showed many CDX champions. Awarded numerous highest scoring championships for her many Chihuahuas. She also trained a Golden Retriever named Thor who became a UDT champion.

Mass of Christian Burial will be held on Monday June 8, 2020 at 10am at St. Dominic Parish Church, 4551 Delhi Avenue, followed by burial at St. Joseph New Cemetery.  If desired, memorials may be made to a charity of choice. www.dwifuneralhome.com

To order memorial trees or send flowers to the family in memory of Judith M. Dickhaus, please visit our flower store.