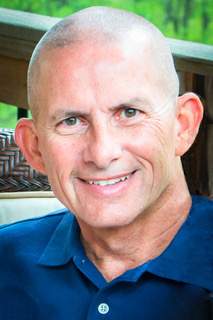 Jonathan L. Bowers, born on October 6, 1952, passed away on Saturday, May 13, 2017, following a lengthy battle with kidney cancer. He was married to Nancy (Richardson) for 44 years.

Jon was born in Gettysburg, PA, to Hershey and Betty Jane (Ecker) Bowers as the fifth of seven children. His childhood in rural Pennsylvania was spent playing in the woods and hunting with his brothers, canning fruits and vegetables with his mother, and building houses with his dad. He was a country boy at heart.

In 1971 Jon relocated to Cincinnati, OH, and met the love of his life, Nancy. Following a courtship that included some hitchhiking from Pennsylvania to Cincinnati just to see her, the two were married on November 25, 1972. Their love and devotion to each other has served as an inspiration to family and friends and a beautiful example of Christ's love for the church.

Jon was proud of his family and is survived by his devoted wife, Nancy, and their three sons: Nathan (Stacey), Zachary, and Andrew (Reilly). He was a patient, loving, and playful Papa to his eight grandchildren. He seemingly never tired of pushing a tree swing or playing board games with them. Samuel, Maximus, Emmerson, Amelia, Callaway, Oliver, Scarlett, and Everly adored their Papa.

He is also survived by his brother, Hershey Jr. (Freda) Bowers of Chambersburg, PA; his three sisters, Barbara Mummert of Wernersville, PA, Nancy Potteiger of Mechanicsburg, PA, and Cindy (Brian) Kramer of Pawly’s Island, SC; brother-in-law, David (Susan) Richardson of Cincinnati, sisters-in-law Betty Jo Richardson of Cincinnati and Diane Bowers of Lewisburg, PA; and many beloved nieces and nephews. He is preceded in death by his brothers Donald Bowers and Stephen Bowers.

Jon graduated summa cum laude from the University of Cincinnati, in 1975. He worked for Proctor and Gamble for 23 years, and for the past 12 years has been employed by Convergys Corporation. He has lived on the west side of Cincinnati in the Oak Hills School District for the last 40 years. He was very active in his community and enjoyed participating in his boys’ sporting activities. One of his loves was watching his sons play soccer, and he always enjoyed a round of golf with his three sons when time allowed. In recent years Jon and Nancy spent their winters in New Smyrna Beach, FL. They made many new wonderful friends, and Jon enjoyed golfing, riding bikes, and walking on the beach.

Above all Jon was a devoted follower of Christ. His love for Jesus was evident in his strength of character and the spirit of service that flowed into every interaction he had with people. For many years Jon served faithfully at the Westwood Cheviot Church of Christ in many various roles. He served as an elder at Bright Christian Church in Bright, IN, where Jon and Nancy have been members for the last 12 years. Jon also served on the Board of Directors for the Christian Benevolent Association.  As a husband and father and father-in-law, as a brother and son and friend, Jon lived a life that was a true testimony to his faith. He changed lives by living his well.

The arrangements are being handled by Dalbert, Woodruff, & Isenogle Funeral Home. The family will receive visitors on Saturday, May 20, 2017, from 10 a.m. to 1 p.m. at Bright Christian Church in Bright, IN, with the memorial service immediately following.

In lieu of flowers, memorial donations can be made to Team Expansion, a mission organization through which Jon's son Andrew and his family are serving the people of Africa. Donations can be sent to:

To order memorial trees or send flowers to the family in memory of Jonathan L. Bowers, please visit our flower store.