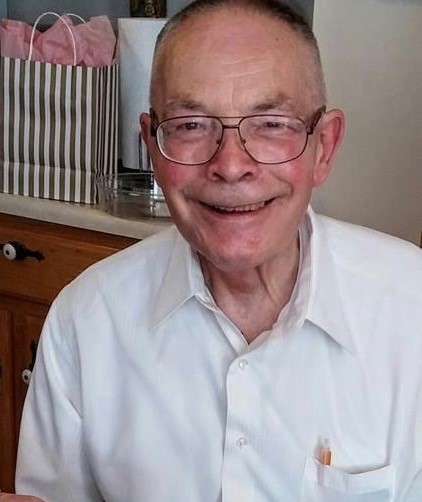 On Friday, March 26, 2021, John Gillum, loving husband and father of four, passed away at the age of 81. John was born April 3, 1939, in Johnson City, Tennessee to Virgil and Sue Gillum. He graduated from the Cincinnati Bible Seminary with a master’s degree in theology and served as a minister in the Church of Christ for 57 years. On July 10, 1959, he married Shelby Jean Payne. They raised 3 daughters, Sandra, Jerri, and Laura, and one son, Jim.

John loved proclaiming the Word of God, and was admired for his great preaching. He pastored churches in multiple states, including Indiana, Kentucky, Ohio, West Virginia, and Florida. In 1966, he helped to start Hillcrest Christian Church in Bedford, Indiana. Because of his great knowledge of the Bible, he was loved not only as a preacher but also as a teacher. He baptized, married, counseled, and buried countless individuals over the span of nearly 6 decades. He was known for his warm smile, strong handshake, and generous heart.

John had a passion for sports, particularly basketball. He was an athlete in high school and college, playing basketball for the Cincinnati Bible Seminary. He especially loved the University of Kentucky basketball team, always watching them whenever they played on television, always standing as the game was played, always cheering when they scored. You could also catch him watching the Cincinnati Reds, following them every season.

John was also an avid music lover, and enjoyed singing. His rich, low baritone voice could flexibly and comfortably reach an occasional bass line, as he would lead congregational singing in church services with his wife, Shelby.

After having led many to the Lord Jesus Christ, John has now gone to be with the Lord. John was preceded in death by his father, Virgil, his mother Sue, and two grandsons, Jacob Maddux and Andrew Brunsman. He is survived by his wife Shelby, his four children, Sandra, Jim, Jerri, and Laura, seven grandchildren, and seven great-grandchildren. Visitation will be held at 12 p.m. at Christ’s Church at Mason in Mason, Ohio on Wednesday, March 31, 2021, followed by a funeral service at 1 p.m.

To order memorial trees or send flowers to the family in memory of John A. Gillum, please visit our flower store.