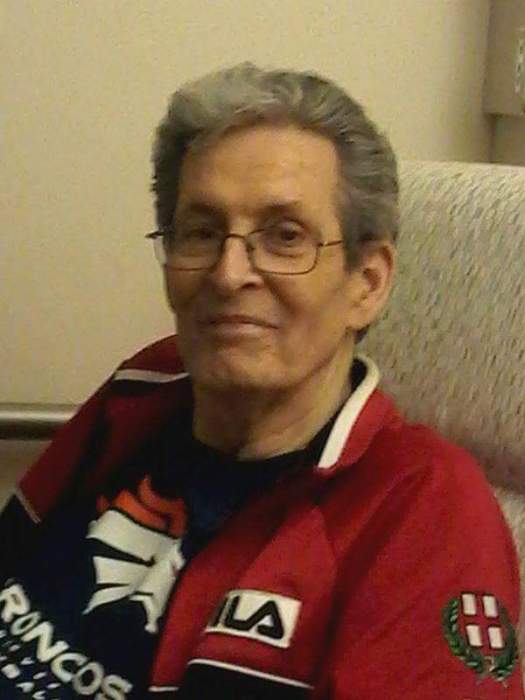 John J. Crachiolo of Cincinnati passed away peacefully Thursday night.  A much loved husband, father, and grandfather, John was retired after a 21-year career in the U.S. Air Force and a second career as a self-employed consultant, trainer, and builder of electronic information systems.  There was nothing John couldn’t fix or improve, and his talents ran the gamut from the electronics that he knew so well to the art he painted on his children’s bedroom walls.  He was an avid bowler, a softball player, and legendary jitterbug dancer.  A proud Italian-American, John was never at a loss for stories and songs for his children and grandchildren, or for jokes for his friends (as all of his right-handed bowling buddies can attest).  His family knew him as the biggest fan of Ray Charles, the most loyal fan of Star Trek from its beginnings, the world’s greatest procrastinator, and the slowest driver in all of Cincinnati.  Stray cats, however, knew him to be a rescue angel; Earl Gray, Callie, Thomas, and Spock will all miss him.  John was a man of deep faith and unflagging optimism who will be sadly missed by all who knew him.  He is survived by his wife, Wilma (Noble) Crachiolo; his children, Tony (Beth) Crachiolo and Angie Crachiolo; and his grandchildren, Colton and Skyler Hunter; his brother Stephen (Cathy) Crachiolo; nieces Gina (Brad) Feldtz, Christy (Dan) Brown, April (David) Lewis, Rhonda (Gary) Leake, Carolyn (Thomas) Lee, Kathy Noble, and Robin (Jeffrey) Smith; nephews Mark (Shari) Noble, and Richard (Dana) McKinney.  Services for John will be Tuesday, October 20, at Dalbert, Woodruff, and Isenogle Funeral Home (2880 Boudinot Avenue; Cincinnati); visition is at 10:00 a.m., funeral service at 12:00 p.m.  John will be interred at Arlington Memorial Gardens (2145 Compton Road; Cincinnati).