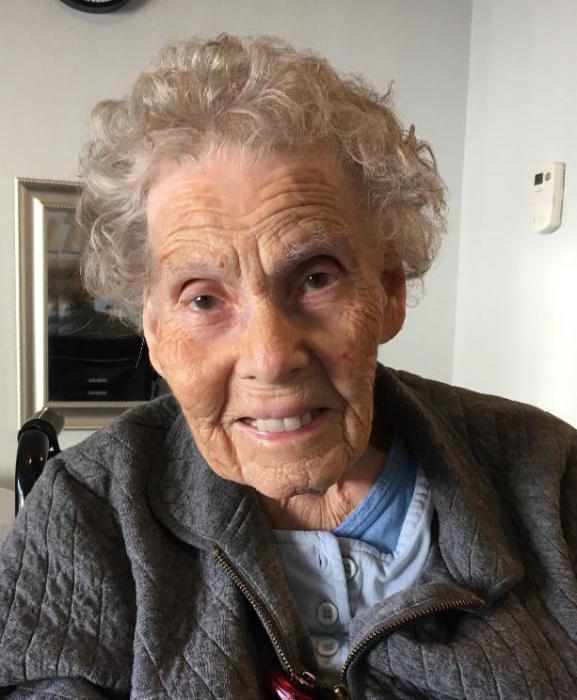 JoAnn Mae Moore entered into glory on February 9, 2020 at 6:05AM. JoAnn was born on March 15, 1930 to Harry and Betty Nelson in Savannah, Ohio. Her one sibling Neil Nelson was four years younger. JoAnn graduated from Savannah Academy in 1948.

After studying to be an LPN, she married William H Koontz in December, 1951. JoAnn gave birth to William F Koontz on November 11, 1952 and Robert N Koontz on February 26, 1954. Their marriage ended after 12 years.

JoAnn married Donald E Moore in November 1967, who was the father of five children, Peggy, Christopher, Eva, Martha and Jonathan Moore. JoAnn and Don loved each other dearly and were married for 48 years. She was a Wooster U.S. rural mail carrier for 20 years.

JoAnn was an avid bowler and an active member at Ripley Church of Christ and the Wayne county Grange. The couple retired from their farm south of big Prairie, Ohio in 1994. They then moved to Palmetto, Florida where they lived for the next 19 years.

She and Don travelled in their motorhomes from coast to coast, visiting our country’s beauty including Canada and Alaska, as well as friends and relatives. JoAnn was an active member at First Christian church in Bradenton, Florida.  JoAnn was active in the Emmaus ministry and she earned the highest honor in shuffleboard with the rank of professional.

JoAnn is preceded in death by her husband Don on December 25, 2015 and her brother Neil on May 2nd, 2017. JoAnn’s legacy extends to her two sons, Bill and Bob, married to Laura and Juanita respectively, as well as seven grandchildren and nine great grandchildren.

JoAnn’s life will be celebrated on Saturday, February 22, 2020 at 3:00 PM at Schlabach Funeral Home in Shreve, Ohio; with son William Koontz officiating. Family and friends may call one hour prior to services. Inurnment will be in Savannah Cemetery at a later date.

Online condolences may be shared with the family at schlabachfh.com.