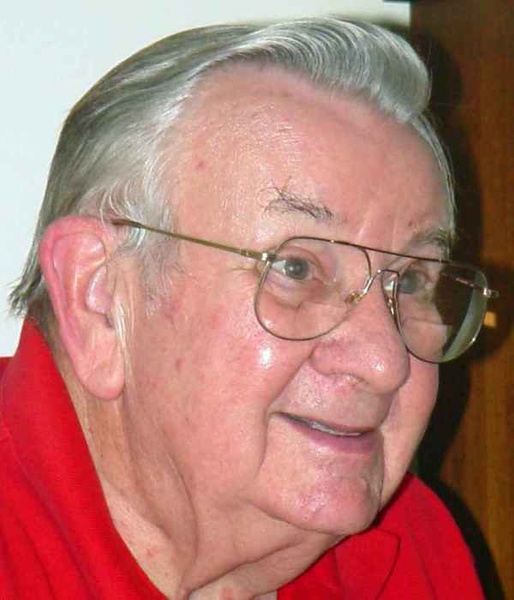 Gene and Wilma met in Nashville, Tennessee, while both were attending business college. They married in 1950 in Lawrenceburg, Indiana, and enjoyed 65 years of happiness together.  Gene grew up in Kettle Creek, Kentucky, and graduated from Celina High School, Celina, Tennessee, in 1948. The first in his family to attend college, he received his business degree in 1950 from Draughons Business College with an emphasis in accounting.

After graduation Gene began his life-long career in transportation at Southeastern Motor Freight System in Nashville and shortly thereafter was transferred to Cincinnati, Ohio. Except for a brief time with Duff Truck Lines in Dayton, Ohio, he remained with Southeastern and its successors (Johnson Freight, Terminal Transport and American Freight) throughout his career. He served as President of Cincinnati Motor Transportation Association and received much recognition as a respected leader in his field.

He was a 32nd Degree Mason with Cheviot Western Hills Lodge #140 and a member of the Ancient Accepted Scottish Rite, both for over 50 years.

Gene's hobbies included bowling, golfing and following Cincinnati sports, especially his beloved Reds. No matter where they stood in the standings, for him it was always, “Go Reds!”

Gene was a godly man and strong in his faith. He was a member of the Bridgetown Church of Christ since 1962. He served as a deacon and Chairman of the Board of Deacons during the construction of the existing church building. Later he accepted the honor of serving as an elder for many years. Gene was instrumental in advancing and serving the Southwest India Christian Mission. He was a long-time friend of the mission's founder and leader.

Devoted to family, in his later years Gene was widely regarded as the patriarch and role model for his extended family. He blessed them with the fruits of the Spirit: “...love, joy, peace, forbearance, kindness, goodness, faithfulness, gentleness and self-control (Galatians 5:22-23).”

Gene practiced charity and giving. In lieu of flowers, memorial donations may be made to:

To order memorial trees or send flowers to the family in memory of Jesse Eugene "Gene" Stephens, please visit our flower store.
Send a Sympathy Card
Send a Sympathy Gift