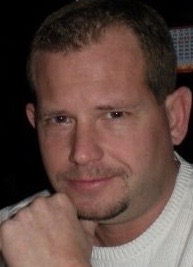 Jeffery Ray Holt, beloved son, devoted uncle and friend to many, died suddenly Saturday at his home in Green Township. He was 49.

Jeff was generous even when he had little to give. He worked hard, always, whether on his job or on behalf of others. When friends needed a hand moving furniture or fixing a car, Jeff was there. When his sister’s ceiling caved in, he showed up with a bucket and his tool box.

He called his mom every day. He sat with her in the hospital when she was sick. He praised her cooking, which is excellent, but he would have even if it wasn’t.

He rode four-wheelers through the woods in Virginia with his dad and stopped on an overlook with him to admire the mountains. It was beautiful, they decided, and Jeff told his dad he loved him and was grateful to be there.

Jeff was a serious Bengals’ fan and carried the emotional scars that come with such a commitment. He called his brother-in-law, a Browns fan, before every Battle of Ohio to exchange insults. Sometimes, he even convinced himself that beating the Browns was an accomplishment.

Jeff loved his niece, Anna, and his nephew, Connor. He sat patiently while Anna drew on him with markers and painted his fingernails when she was a little girl, and he ignored the safety concerns of Connor’s parents when he showed up on his seventh birthday with a rocket kit and a launcher that resembled a stick of dynamite. No limbs were lost.

He was not a religious man, but Jeff was a believer. He attended church services as a kid because he had to, and, later, when he worked in IT at St. Xavier High School, also because he had to. But the Jesuits’ lessons struck a chord, and Jeff spoke often about God and giving back and doing right by others.

Jeff was an Oak Hills High School graduate who worked in information technology for most of his career. He liked to fix things and was good at it. His garage was his workshop and looked the part, which meant his car never got parked in his garage.

Jeff had two cats he treated like his children. They were bad sometimes and chewed things they shouldn’t chew. One was much too fat. But they were his, and he took great care of them and occasionally fed them cheese straight from the bag, and no cat could ask for more.

Jeff frequently posted on Facebook, mostly pictures of his cats and political commentary. The cat pictures always were appreciated.

From an early age, Jeff was a bit of a wild man. As a child, he was a regular in the ER. He fell off a swing. He fell into a window well. He fell, somehow, helping his mom bake cookies.

Later, he drove his four-wheeler too fast and hit the occasional tree. By then, though, he’d had his fill of ER visits and treated the injuries himself, sometimes with tape and super glue.

Jeff was a good man. He loved his family and was loved. He gave nice toasts at Thanksgiving about being grateful for all he’d been given, and he meant every word. His family and friends are grateful, too, for the time they had with him.

To order memorial trees or send flowers to the family in memory of Jeffery "Jeff" Ray Holt, please visit our flower store.