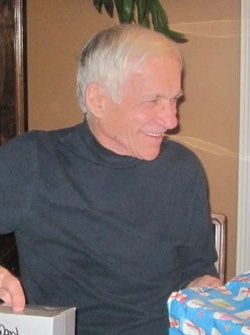 James Paul King, of Cincinnati, OH passed away on Wednesday, November 27, 2019 after reaching 88 years of age. He was in good spirits, full of purpose and surrounded by family until the end of his life.

James - Jim to his friends and co-workers, Paul to his wife and family, and Paw Paw to his grandkids and great grandkids -  was born on July 13, 1931 in Strunk, KY to Nora Elsie Strunk and Allen King. As a boy he lived on the family farm with his 10 siblings.

From a very young age he learned to work hard and to take on whatever job was available to support himself and his family. He made it only to the 8th grade in school before he was needed full-time on the family farm - something that impacted his life greatly; education for his children and grandchildren became paramount as a result.

As a young man, he and his older brother, Clarence, moved to Detroit to work in the automotive industry before he joined up with the Armed Forces during the Korean War and eventually settled in Cincinnati, OH to raise a family of his own. He was very grateful to his country for the opportunity to serve in France, Germany, and back home in the States during his tenure.

In 1956, he met the love of his life, Ada Doan. They were almost inseparable for more than 43 years, until her untimely death at the age of 67. Ada absolutely hung the moon for James and, after losing her, he carried on with her fondly in his memories for the last 19 years, never re-marrying.

James was also a proud member of the Freemasons and provided more than 50 years of service to Hoffner Lodge No. 253. He spent his working hours with National Distillery, to whom he dedicated 45 years before retiring at the age of 67. He never really stopped working after retirement until he lost his eyesight in his early 80's. Even being totally blind in one eye and legally blind in the other, he could be seen most days trotting around his family farm trying to outdo the previous days’ distance and time, challenging himself until his last day on Earth.

He was a man of quiet strength, of purpose, and incredible loyalty.

He always put his family first, and did the best he could to teach, guide, and provide for them. A man who never cared much about himself and who even in his final days would say to his loved ones, “I just want to make sure you’re taken care of when I’m gone”.

This gentle, loving, kind and generous man has left a permanent legacy etched on our hearts and will be supremely missed by those of us who remain; daughters Debra (Ben) Bowes and Diana (Greg) Garrett.  Sister Betty Ellis and brother Allen (Mary) King Jr. Grandchildren Skot (Lucia), Zak (Sarah) and Madison Garrett & Peter Bowes. Great grandchildren Zachary, Cooper, and Jamison Garrett & brand new great grandson Jonah King Garrett whom he missed the arrival of by only a few days.

Family and friends are invited to a visitation Friday December 6th from 12 Noon until time of F&AM Hoffner No. 253 Lodge Services at 1 PM, followed by a funeral service.  He will be laid to rest at Saint Joseph Cemetery.

To order memorial trees or send flowers to the family in memory of James Paul King, please visit our flower store.