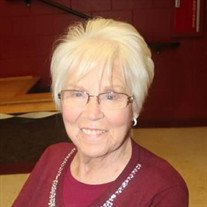 It is with great sorrow to announce that Elvira (Vera) Rita Rizzo has passed away on January 9th, 2021 at the age of 90. Born in Cincinnati, Ohio on February 23rd, 1930, Vera was the daughter of the late Leo and Ethel (Pigott) Feld. She was one of seven daughters and was preceded in death by sisters Ethel, Margaret and Dorothy and is survived by Delores, twin sister Leonora, and Janet. Vera married August (Gus) Rizzo (deceased) on July 12th, 1952 and together they had two children, Anthony (Tony) Rizzo (deceased) and Beverley Day. She is survived by her nine grandchildren, Holly Day, Amber Day-Fernandez, Matthew Day, Summer Day, Joshua Day, Caleb Day, Cedric Houston, David Day, Joseph Day all of Kissimmee, Florida. She is also survived by twelve great grandchildren Isaiah, Andrew, Alyssa, Trey Drais, Anissa, Amyah, Alicia, Lyric, Ashlynn, Elijah, Aaliyah, and Anthony. She is also survived by many nieces and nephews.

Viewing will be held at Dalbert, Woodruff, and Isenogle Funeral Home, 2880 Boudinot Avenue Cincinnati, Ohio 45238 on Friday, January 15th from 5-7 PM. A Funeral Mass in memory of Vera will be held at St. Lawrence Church where she was devout member for over 60 years and was a church receptionist for 18 years before retiring and moving to Florida in 2016. The Mass be held on Saturday January 16th at 10:30 am.

In Lieu of flowers Vera’s wishes were for donations to be made to St. Jude’s Children’s Hospital.