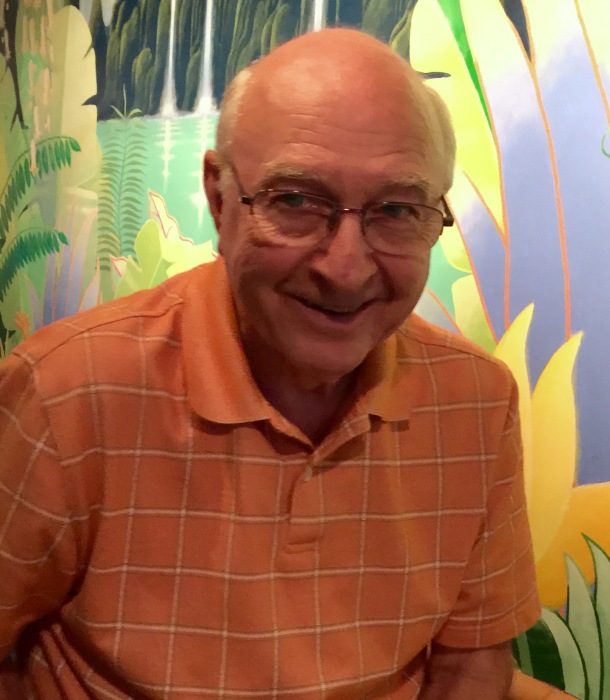 Many of Ed’s CPS students considered him a role model and mentor and continued to reach out to him long after graduation for guidance and support. Ed also remains a memorable part of many young people’s lives thanks to his role as an after-school CPS Driver’s Education instructor.

In his early years as a teacher, Ed was active in the Cincinnati Federation of Teachers organization. After he retired, he loved organizing an annual reunion for his fellow CPS retirees—all enjoying the golden life in south Florida.

He was also known as a tremendous athlete through his life. He was a skilled baseball and basketball player in his youth, a competitive pole vaulter in college and an avid league bowler and senior softball player in later years. He also enjoyed cutting a rug on the dance floor with his wife, Nelda, whenever the opportunity arose.

Ed was a truly social creature, maintaining many long-time friendships with family, friends and schoolmates from elementary school, college and beyond, including childhood school pals from little Bloomfield Elementary school in his birthplace of Warren, Ohio. His long, detailed letters and emails were legendary. Ed’s neighbors, friends and family in Cincinnati and Sarasota will all miss his good natured ribbing and delivery of bags loaded with tomatoes, peppers, oranges and more—all grown with love in his back yard.

All the neighbor kids remember the summer in the 1970s when Ed dug the yard up to build a swimming pool by hand—they couldn’t wait for it to be filled and stood by for weeks perched to dive in. Everyone who knew him will also miss his incredibly handy building, mechanical, repair and garden skills, and his uncanny ability to be on-the-spot with all the right tools whenever needed around the house or under the hood of the car.

On the softer side, Ed was known for his generous spirit and desire to help others. He was often spotted quietly buying a meal for a stranger in need or inviting police officers to sit down for a meal when they came into a restaurant where he was dining. Ed made sure his kids knew how to treat others with respect and care, and how to handle all the basics in life whether it be around the house, with the cars or on long overnight drives to Florida.

Ed was an active member of the local Polish-American society and served as an usher at St. Antoninus church for many years. He was also a long-time member of the OH-KY-IN Amateur Radio Association and Sarasota Amateur Radio Association. In Ham radio circles, Ed was known around the world as WD8NNB. Locally he used his amateur radio license and skills to help with disaster relief efforts after tornadoes struck in nearby Sayler Park and also help organizers of the annual Harvest Home Fair parade on the west side of Cincinnati.

It’s obvious that Ed Sulek truly enjoyed and embraced life, family and friends. His smile, laugh and helping hand will remembered by many.

In lieu of flowers, to honor his legacy, the family would appreciate donations to the SPCA of Cincinnati, where they “won” their most recent beloved canine, Benji, in a competitive adoption lottery.