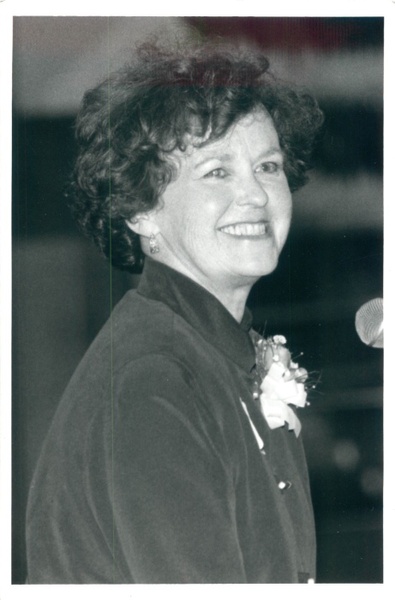 Carol Ann Helle, age 77 of Cincinnati, Ohio passed from this life on May 24, 2020.  Ms. Helle was born on August 24, 1942 in Cincinnati, OH to the former William and Ada May Helle of Cincinnati, OH.  She had an exemplary professional nursing career upon graduation from the University College of Nursing in June of 1964. Her professional career began at the Veterans Administration Hospital where she had the opportunity to work in the first telemetry unit in the city of Cincinnati. In 1965 recruitment from the department of cardiology led her to a career at the then-called Cincinnati General Hospital from 1965-1969.  She quickly rose from staff nurse to research assistant and then to head nurse in a general surgery unit.  In 1969, she was recruited by physicians from The Christ Hospital and that year participated directly in care of their first open-heart surgery patient.

From 1969-1981 Ms. Helle functioned as the Patient Care Coordinator of the newly formed ground-breaking Cardiovascular Surgery Department at The Christ Hospital.  Here she assisted in the development of the nursing division of the Department of Cardiac Surgery, a new type of nursing department that would provide elite care in this novel frontier of open-heart surgery.   Ms. Helle consulted with departments of nursing, medicine, and other staff departments to facilitate cooperation and planning for cardio-vascular patients.    She was responsible for writing the preoperative, intraoperative, and an intensive postoperative standards of care for the department.  She developed one of the area’s first Cardiovascular Recovery Room Nursing departments, in which a very selective group of Registered Nurses was mentored to work closely alongside Cardiovascular Surgeons to observe their patients attentively in the immediate hours post-surgery. This department concept led to the best survival statistics of open-heart surgery patients in the early years of the procedure.

As audio-visual technology advanced she assisted in writing educational materials for patients, staff, and the community. One of her videotapes, “Cardiac Surgery: An Awesome Experience,” was aired on a local TV newscast for the purpose of educating the public about cardiac surgery from the perspective of the patient. Keeping in line with educating patients and public, Ms. Helle developed and maintained support groups for cardiac patients and their families to assist them in the process of recovering from or living with heart disease.  One group she started was called, “Jumpstarters,” which included individuals who had an internal cardiac defibrillators.  A major local cardiac nursing symposium was founded and led by Ms. Helle for numerous years that brought together local and regional experts in the early days of the cardiovascular nursing specialty.

Ms. Helle obtained a Master of Science Degree in Nursing in 1983 from the University of Cincinnati. She subsequently became the first Clinical Nurse Specialist employed by the physicians of Cardiovascular and Thoracic Surgeons, Inc. She was part of the development of a process for collecting data for quality assurance and clinical research.  She assisted in the maintenance of this data, which was used by her colleagues and is now referred to as Quality Assurance in the health care field.

The concept of a distinctively trained nurse, working in an exclusive unit, while providing for a small specific patient population, was essentially an advanced practice nurse concept that was developed decades before university nursing education provided degrees in this model of nursing practice.  The current advanced nursing specialties, credentialing, regulatory licensing, along with graduate university academic education of nurses arose from this type of unit that Ms. Helle founded at The Christ Hospital.

Ms. Helle was a pioneer in cardiac surgery nursing at Christ Hospital.  She acclaimed that the heart program at Christ Hospital was her passion.  Cardiac Surgery Nursing at The Christ Hospital, along with the hospital’s growth and success in heart care, grew throughout the 1970s and 1980s with the expertise of Ms. Helle and the department she founded.  She was caring to her patients and always willing to teach her expertise to the expanding and emerging Cardiac Surgery Nursing Specialty at The Christ Hospital.  In 1996, she was honored for her contributions to nursing with the UC College of Nursing Florence Nightingale Award.  She was also inducted into the Beta Iptha chapter of the nursing honor society Sigma Theta Tau and received their Excellence in Nursing Practice Award.

Outside of her professional career Ms. Helle’s interests were varied.  As a high schooler, she was captain of the softball team.  In later life, she was a devoted daughter and caregiver for her mother who was experiencing the physical and mental decline to Alzheimer’s, the disease she eventually succumbed to herself.  She also tutored students in English in the Cincinnati Public Schools.   A traveler extraordinaire, she loved learning about new cultures.  She was an accomplished cook, where she enjoyed entertaining friends and family with meals that were always memorable.  She loved being outdoors, hiking, and gardening, and was an active member of the Audubon Society.  She enjoyed working at the Taft Art Museum in her retirement from nursing.

Ms. Helle is preceded in death by her parents.  She is survived by her friend and advocate of many years, Charles Abbottsmith of Cincinnati. She is also fondly remembered by two groups of dear friends called the “Survivor’s Club” and “TCH Alumni” who loyally made sure she was visited each week when she entered the Alois Alzheimer’s Center.

A Funeral and Celebration of Life will be held at Dalbert, Woodruff & Isenogle Funeral Home on August 2nd, 2020 at 1:30 pm. In lieu of flowers, memorial remembrances may be made to The Christ Hospital Development Department, UC college of nursing and Cincinnati Public Schools.  Carol did not respond to the farewell expression of the word goodbye with the usual reciprocal response of goodbye. She would use the Moroccan word learned from her travels, inshallah, which translates to God-willing.  I think she would like to sign off this world and to the next world to all her friends, family, and former colleagues with: “Inshallah”!

To order memorial trees or send flowers to the family in memory of Carol Helle, please visit our flower store.