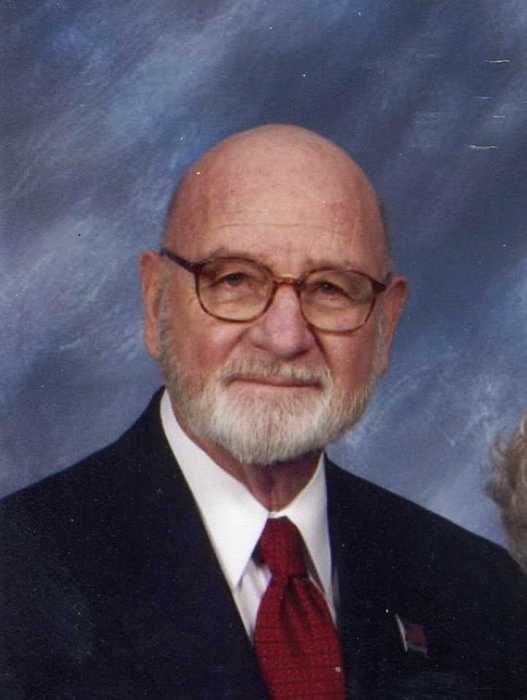 Hale, Carl W., in his 88th year, went to his eternal rewards on May 26, 2015. He is survived by his daughter, Lynn (Bernie) Rieskamp; Sons: Alan (Tawney) and Kevin (Tina); granddaughter, Heather (Ian) Johnson; step-grandchildren: Stephanie Frasher, Hollie, Danielle, and Sean Storms; great-granddaughter Emma Johnson, and step-great-granddaughter Kimber Miracle, and previous daughter-in-law, Kay Bailey Hale, all of Cincinnati, Ohio. Additionally, he is survived by sisters: Betty Broughton and Nettie Ruth Barnett, and brother, John A. (Wanda) Hale and many nieces, nephews, grand nieces and grand nephews, and many friends.

Hale served in the US Navy during the latter portion of World War II. He met his devoted wife, Ruby Jane Miller, in September 1945, while on leave from the Navy. They were married on September 2, 1947 and were together 65 plus years. Hale Served in the FBI for 31 plus years in Washington, D.C., Detroit, Chicago, Cincinnati, Dayton, Knoxville and a second tour in Cincinnati, with special assignments in a number of locations. He retired as a Special Agent.

Hale received 13 letter of commendation from FBI Directors, 8 from J. Edgar Hoover and 5 from Clarence Kelley. He was particularly proud of the fact, (Hoover, in 1968, recognized him) with a citation for “sustained superior performance over an extended period of time.” Also, he received a number of commendations from US Attorneys; The Civil Rights Division, US Department of Justice, Washington D.C.; The US Department of Justice Organized Crime and Racketeering Strike Force, Cleveland; The South Central Bell Telephone Company, Nashville, among others. Hale attributed any success or accomplishments he attained to his devoted wife, Ruby, who supported and encouraged him in all endeavors.

After retirement from the FBI, Hale worked with the Cincinnati Police Department and the Hamilton County Police Association.

The Hales made Cincinnati their home in retirement, but were proud of the fact they toured all 50 states and a few foreign countries. They were active members of The Price Hill Baptist Church, now known as Heritage Community Church. He served the church as a Deacon, Trustee, Financial Secretary, Sunday School Teacher and other positions.

Visitation will be on Saturday, May 30, from 5 pm until time of service at 7 pm, at the Dalbert, Woodruff and Isenogle Funeral Home, 2880 Boudinot Avenue at Queen City, Cincinnati. Entombment services will be Monday, June 1, at 10 am at Spring Grove Cemetery.

In lieu of flowers, memorials may be made to The Society of Former Special Agents of the FBI Foundation, 3717 Fettler Park Drive, Dumfries, VA 22025; The Heritage Community Church Memorial Fund, 4431 Glenway Avenue, Cincinnati, OH 45205 or to a charity of one’s choosing.